As we move forward into fall, sawmills continue to try to increase production. Production gradually increased over the summer. However, there were low log supplies for many areas contacted. For many in the Hardwood sector, finding qualified workers has been a challenge, but with the province re-opening in late summer, it has eased some of this burden. Lack of skilled labor is also affecting secondary manufacturers.  Concerns are still existent as the country moves through a fourth wave of the pandemic due to the Delta variant. There is a struggle to meet customer demand. It is hoped that with the provinces easing restrictions, it will help to get workers back in the Hardwood sector. Inventories are improving as supplies are ramped up for the fall selling season. Domestic markets appeared to be doing better than international markets at summer’s end, noted contacts.

Basswood continues to attract consistent interest from end users and wholesalers. As supplies are tight for Poplar in some areas, this situation continues to bolster Basswood business, as does the home building and renovation markets in Canada and the U.S. There is also increased demand from window blind, shutter and moulding producers for this species.

The regionally important Hard Maple continues to see growth as new home construction and record spending on remodeling fuels demand for wood furnishings, fixtures, flooring and cabinets. It is highly popular in the cabinet sector which leads the demand for Hard Maple. While production has ramped up, supply still is not meeting the demand. Prices are firm to higher as a result.

Soft Maple is also being consumed by the cabinet sector. It is also in high demand for wooden furniture. Contacts noted that orders are good for this species. Green prices, they note, have increased gradually over time.

According to statistics, U.S. Red Oak exports to China declined 9 percent (9.9 million board feet through the first half of 2021, versus January through June 2020. But exports to Canada rose 45 percent (11.3 MMBF). Vietnam was up 11 percent and Mexico gained 66 percent. Domestic business, it was noted, had edged lower during the summer, but was moving along at a steady pace. Kiln-dried markets are keeping developing supplies thin, although it was reported prices had slipped in late August. Demand for green No. 3A and Better was steady, and mills and wholesalers were shipping total output.

White Oak production was not high over the summer, and competition for White Oak logs limited the volume received by some area mills. Also, their focus was on high-valued whitewoods. Some contacts noted kiln-dried business was slower in late summer than earlier in the year. COVID-19, it was noted, had an impact on shipments and new orders. Residential flooring manufacturers and truck trailer flooring were busy. They are struggling to procure volumes needed to meet current and near-term demand for finished goods. This also means that prices are rising.

Demand for Cherry is dependent on the market in question. North American and Mexican sales are improving, although from low levels. China exports are lackluster, though. Some sawmills have reduced their production, yet supplies in some areas are exceeding demand, resulting in lower prices.

Contacts noted that Hickory is performing well on the domestic front, with residential flooring leading the sales of this species. Exports have also improved. Prices for kiln-dried and green Hickory saw an upward rise as a result of demand.

Poplar demand was good on domestic markets, commented contacts, especially to the millwork and moulding producers. Exports, it was noted, were a bit slower, but domestic demand was offsetting this.

Contacts reported Walnut demand is good both on domestic and international markets. Sawmills are receiving multiple offers for green lumber produced. Drying operations are also being kept busy with most items moving quickly. They note that upper grades are selling better than the lower grades, although most grades and thicknesses are in high demand. 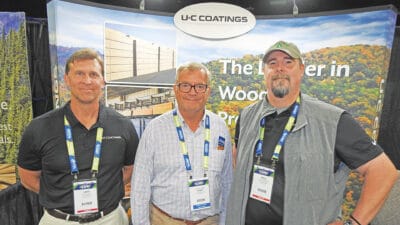 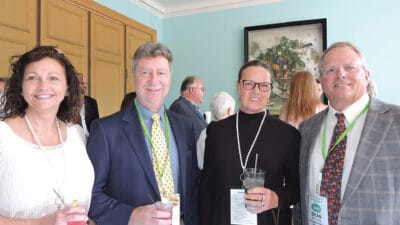