The state of Hardwood lumber sales in the Lake States could best be described at press time as laboring or working hard to keep going.

That’s the assessment of an Indiana lumberman. “The market seems to be chugging along,” he stated. However, “Sales are still good,” he added.

“The market is weaker than it was several months ago,” he observed. “The price drops have been hard to keep up with.”

He sells mostly No. 2 Common and Better in Basswood, Ash, Cherry, Walnut, Red and White Oak, Hickory, Poplar, Hard and Soft Maple and Elm in 4/4 through 16/4.

His customers include end users, distribution yards and exporters, with about an equal amount of sales going to each segment. A smaller number of sales are less than truckload. “From what I hear, it depends on the region, how our customers are faring in their sales. Some of our customers have really slowed down and some are still doing alright. The RV industry, just north of us, seems to be a lot slower now than a couple of months ago.”

As for transportation, he remarked that, “Trucking seems to be better than it was a while ago.”

An Illinois sawmill representative commented, “In our market, we are moving wood, but prices are retreating so fast we’re not wanting to sell very much. I would call the market fair at best. It is not as strong as it was a few months ago.”

His products are Hard and Soft Maple, Red and White Oak, Walnut, Ash and Cherry. His best seller, he said, is White Oak rift and quartered. He offers his lumber in grades No. 2 Common and Better; 4/4 and 8/4. He also provides pallet lumber and cants for pallets.

His customers are mostly distribution yards and some end users. His customers have “shrinking order files,” he stated. “But I don’t think it’s fair to say that anyone’s in trouble yet. It’s a pretty tough picture right now. Lord knows, we had a good-enough ‘up.’ But with every up in the market, there’s going to be a down. If you didn’t plan for that, you’re going to be sorely disappointed.”

He added that, “Transportation is improving a little bit.”

In Wisconsin another sawmill spokesman said his market is “slow, more than a little slow” and it is weaker than it was a few months before.

He offers Red and White Oak, Hard and Soft Maple, Basswood, Ash, Cherry, Hickory and Aspen in No. 3 Common and Better, mostly in 4/4 and some 5/4. Aspen is his best seller, he stated.

He sells to distribution yards and end users. “I guess what I’m hearing,” he commented, “is that they are rather slow. But they’re not very definitive in discussing that. They take orders from their customers when they get lumber. The sales of my regular domestic customers have been semi-decent, but not gung ho. They’re not looking for extra lumber. If you’re not in a working relationship with somebody, it would be hard to get your foot in the door right now.”

He added, “Transportation has been really good the last few months.”

Yarmouth, MA – Wooden heat registers may seem like the ultimate niche market, but for the team at Cape Cod Air Grilles, it is a

Johnson City, TN– Railroad tie markets are strong and should remain that way for the next few quarters, according to a report to the Appalachian

Equipment and services companies that serve the Hardwood lumber industry have introduced new equipment and made numerous installations in recent months. However, as one company 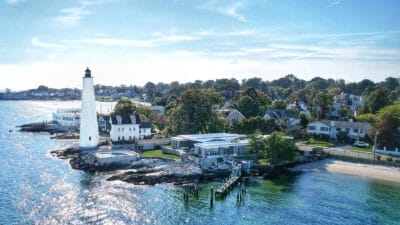 Across the Northeast region, sources vary on how the market is treating them. They do, however, share a similar sentiment, at press time, that the