The hardwood lumber markets in the Lake States region are in positive territory.

“Things are going well in our market,” said a sawmill representative from Indiana. “This week has been pretty nice. I’d say business is still positive for us. Sales might be a little slower now, but I’d say we’re still doing pretty well. I’d say six months ago, it’s hard to beat that in regard to lumber sales.

“The only thing that has slowed down is trucking. Exports, as everyone knows, are hard to carry out now with lack of containers and China shutting down. I think if trucking was more available, we’d be able to get more lumber out the door.”

“The majority of our customers are distribution yards, but we do have quite a bit of business with end users, which include manufacturers of cabinetry, flooring and other products.”

Another Indiana sawmill lumberman said, “I haven’t seen any downturn yet.” He has, however, noticed some challenges. Red Oak in FAS doesn’t move as quickly as it once did, he stated. He also had a customer who bought No.1 and 2 Common Cherry for cabinets in RV’s, and that business is hurting.

He handles Red Oak, Poplar, Hickory, Hard Maple, Ash and Cherry in No. 2 Common and Better, mainly in 4/4.

He sells lumber to both end users and distribution yards. He reiterated that his RV customers are in a bind. “I don’t see anyone buying a fancy motor home with fuel prices so high,” he said.

Regarding transportation, “It’s still hard to get containers to the West Coast,” he observed. “That rate has just about doubled from a year ago. The availability of freight all in all is difficult.”

In Michigan, yet another sawmill representative said, “The market is pretty good, not quite like it was several months ago but demand is pretty good. That’s a plus right there. We’ve got a lot of orders we can’t quite keep up on. Logging conditions have been good.

“The market was crazy-good six months ago,” he remarked. “It slowed down a little bit. I think supply has been boosted up to catch up with demand, which exceeded supply for so long. It seems a little bit more balanced now.”

His customers are distribution yards and manufacturers of flooring and cabinets. “We sell lumber to some millwork and furniture manufacturers, too.” Some of his customers say they’re not as busy as they were. “Prices have stabilized,” he added.

“Transportation is still a struggle,” he observed. “We’re trying to communicate with customers that things take a while. We also let them know in advance the price to ship it.”

A Wisconsin lumberman said his market is “pretty good. In my opinion, Red Oak seems to be the toughest species to move. My No. 2 and 3A lumber is moving well. No. 1 Common is kind of spotty. The uppers are moving, but there has been a little price resistance.”

Despite his assessment that the market is “pretty good,” he said it is not as good as it was several months ago.

He handles Red and White Oak, Hard and Soft Maple, Basswood, Cherry and a few others. Walnut is the best seller. Also selling well are Hard and Soft Maple and Cherry. His lumber is sold in most all grades and mostly in 4/4 thickness.

He sells a lot to end users and he exports a great deal. “Our customers’ sales are going pretty well,” he noted.

“Transportation hasn’t really been a problem,” he stated. “We have good relationships with trucking companies. Costs are up but not more than I expected.” 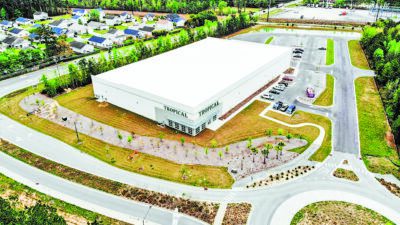 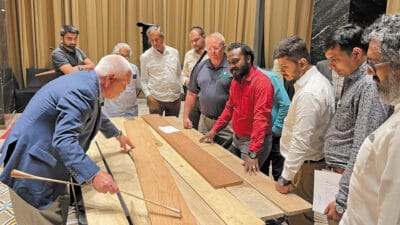 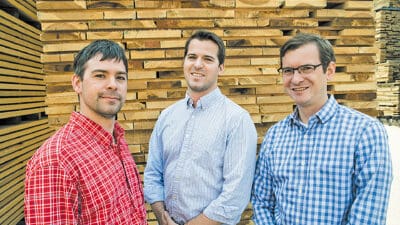 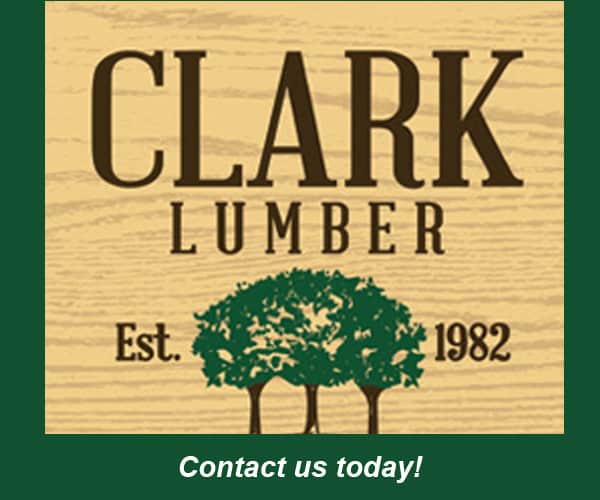 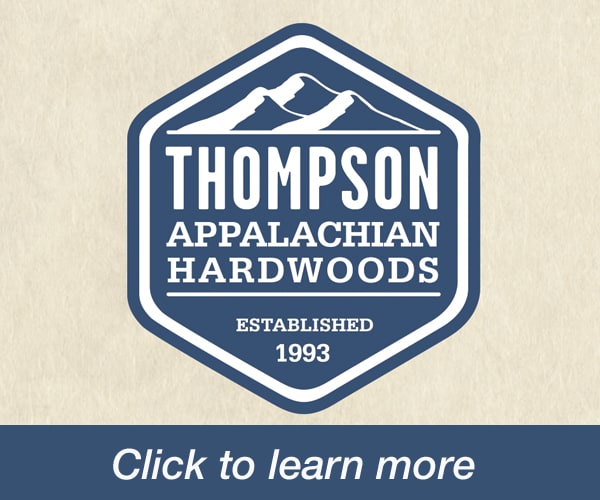 Mississauga, Ontario—Tropical Forest Products (TFP), a hardwood distributor based here, demonstrates its commitment to quality in a number of ways. Established in 2017, this company

Bangalore, India–IndiaWood was the first pavilion of the year recently for the American Hardwood Export Council (AHEC) and was set up as an “open plan” 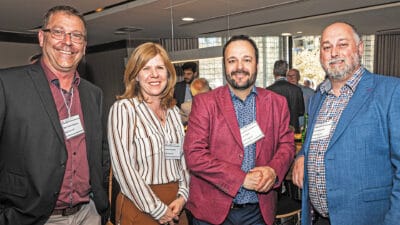 CHB And Montreal Team Up For Meeting

Montreal, Quebec–Members and guests of the Canadian Hardwood Bureau (CHB) recently gathered here at Double Tree by Hilton Montreal for the association’s annual meeting. The 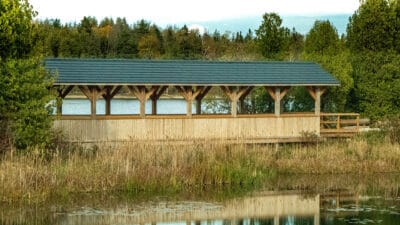 The high cost of living continues to challenge everyone. With labor shortages being felt in many areas, transportation issues are also making it challenging to 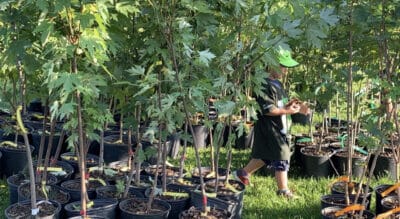 It has been a busy spring and early summer period for hardwood businesses. The housing market in both Canada and the U.S. is still strong