Hardwood lumber providers on the West Coast have said their markets are not as strong as they were, but one of them said the market for his products is still healthy.

A lumberman in Washington stated, “It’s quieter than it has been, especially the last three weeks. We feel there’s a little bit of information overload on people and uncertainty in the markets. We also know that over the past two years, you had to buy certain species ahead of time if you needed it. Some of our larger customers did buy up recently and, now, they are definitely managing their inventories. Species like Hard Maple are readily available. A year ago, it wasn’t like that. If you weren’t preplanning, you may miss out. It’s not like that now. They’re not having to worry about ordering lumber too far in advance. It’s kind of gotten back to what we call normal pre-pandemic. Prices are softening in virtually every species.”

Compared to several months ago, “It’s slower,” he stated. “The last month, we’ve really noticed inquiries, prices, everything soften. We’re getting calls from mills we haven’t talked to in years, trying to move their lumber. It’s not horrible. I think we got spoiled these last two years. Then, it was all about availability. It seems like it’s going back to normal now. And there’s a lot of news out there about inflation. Nobody wants to get caught with heavy inventory. They don’t want to be caught with higher dollar lumber when the market is softening. Also, 4/4 Poplar has taken a hit. You have a hard time giving it away now.”

He offers all grades of lumber: upper grades, FAS Select and Better down to No. 1 and No. 2 Common and frame stock. Species include Red and White Oak, Hard and Soft Maple, Basswood and Hickory. Mostly he sells 4/4 through 8/4 thicknesses.

He sells his lumber to end users, distribution yards and sawmills. Furniture businesses give him feedback that their sales are softening. “Other companies seem like it’s still going well, but they are definitely managing their inventories, much more than they were last year, when a lot of people had trouble keeping lumber supplies. That coin has flipped. There’s no shortage except for one or two species.

“Transportation is difficult,” he stated. “The price of fuel is going up. When fuel goes up, it’s not just fuel that is affected. I know one guy I’ve worked with for 20 years with his own, small fleet of trucks. He told me it’s also the price of tires, which are oil-based, too. Those have doubled in the last year and a half. Everything costs more money. The price of moving freight is just so high right now. You have to be careful who you sell to; if you don’t have a good feeling that you can ship it there, you just don’t sell your lumber in that lane anymore because you know the cost of freight means you can’t make it work.”

An Oregon lumber provider said his market is “softening a little. With all the news about the economy, people are being cautious. In talking with people, their businesses are booked out toward the end of the year. So, the activity levels right now are a little bit slow because people are being smart about their expenditures. I would say as of today the market is fairly strong. Our customers are having more of a discussion, trying to get as much information as possible. They haven’t seen cancellations to their order files. However, people don’t want to take on more debt right now, related to their housing. I think the wisdom is to have liquidity, cash in the bank.”

Asked to compare his market to several months ago, he replied, “I would probably say it’s not as strong now.”

He handles all Select and Better lumber. “The item in most demand is White Oak, but you can’t get it. It’s at a premium. Poplar is still very strong for us as is Alder. We also sell Red Oak, Walnut and Maple, primarily in 4/4 and 8/4 with some 5/4 and 6/4.”

His customers are cabinet manufacturers, commercial enterprises who work on the interiors of offices, banks, concert halls and universities, furniture manufacturers and other end users. He also sells lumber to retailers. “Our customers are doing well. However, all the economic news in the past few weeks has been a little disruptive.

“Out here on the West Coast, since most of the products we get are east of the Mississippi River and up in New England, transportation is a huge component to our pricing. For delivery to our customers, we have our own fleet of about 20 trucks. We ship down to the California border and up to the Canadian border, all on the West Coast.”

A California lumberman said his market is “still pretty strong. It’s order-to-order. It’s still steady, but you have to work at it. If you have lumber, you can have sales. If not, you won’t have any sales.”

Compared to six months ago, his market is “about the same, steady,” he stated.

He handles White Oak, Walnut and Hickory in all grades in 4/4 thickness. Distribution yards and flooring manufacturing companies are his customers. “Their sales are fine,” he observed. “My customers are quoting a lot of products to their customers; it’s just a matter of landing the orders. Sometimes their customers put the jobs off, but they do get the jobs. There’s still a lot of work out there.”

As for transportation, he said, “It’s taking a while to get containers shipped from the East Coast or Midwest to here. That’s the issue. Out here, transportation is OK except for high fuel prices.” 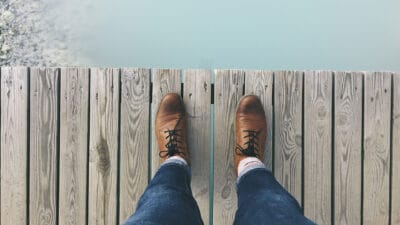 On The Subject Of HMA Membership

Over the course of the week, a lot of ‘stuff’ finds its way into my email or floats across my desk. And no matter how